‘ESPOIR’ A CROSS SYMBOL OF THE ARMENIAN GENOCIDE

The inauguration this autumn of the monument by the artist Arto Tchakmakchian.

The Fonderia Artistica Ferdinando Marinelli created the casting for this monument which will be erected at Laval in the Province of Quebec, Canada.

In the next few days the bronze sculpture ‘Espoir’ (Hope) by the artist Arto Tchakmakchian, commissioned by the Armenian community of Laval to commemorate the 1915 genocide, will leave the Fonderia in Florence. After the establishment of the ‘Comité Conjoint Lavallois du Monument du Génocide

Arménien’ in 2010, the artist came to Florence and executed a series of one hundred miniatures of the ‘Espoir’ intended for sale in order to collect funds for the monument.

The city of Laval in December, 2012 assigned a public space for this work. The first phase involved the enlargement made of clay by one of the Fonderia’s artists based on Arto’s model. Subsequently, after the extraction of the mould, the bronze was cast using the lost-wax technique. The Fonderia’s craftsmen and artists collaborated with Arto in all phases of the monument’s creation.

The Cross, in memory of the 1915 Armenian genocide by the Ottomans, is more than three and a half meters high and weighs close to a ton. The inauguration will take place this autumn in the Canadian city of Laval just north of Montreal and home to approximately 25,000 persons of Armenian origin. 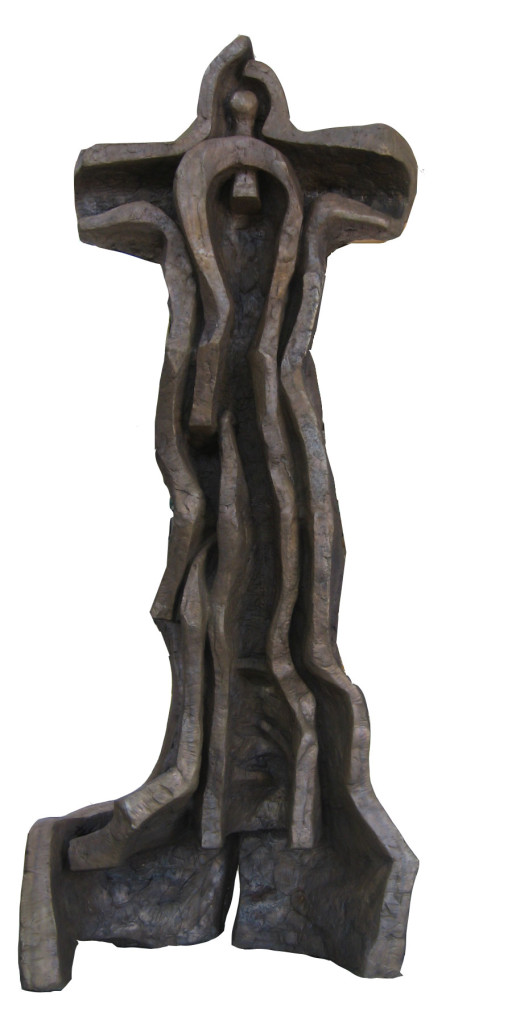