At a private function held at the residence of the Giuseppe Perrone, the Italian Consul General in Los Angeles, to coincide with the exhibition, ‘Bronze and Fire’, the Fonderia Artistica Ferdinando Marinelli, Florence presented major works. These included the bronze statue of the sitting figure of Mars (‘Ares Ludovisi’), four Posthumous Cast Originals of masterpieces by Benvenuto Cellini as well as sculptures by contemporary artists. The event was organized as well to introduce the Fonderia Marinelli itself and to preview the bust of Giuseppe Verdi sculpted by the Fonderia and donated to the Los Angeles Opera to celebrate the bicentenary of Verdi’s birth.

Elisabetta Canalis enthusiastically accepted the invitation to act as patroness of the evening thus adding ‘bellezza to bellezza’. 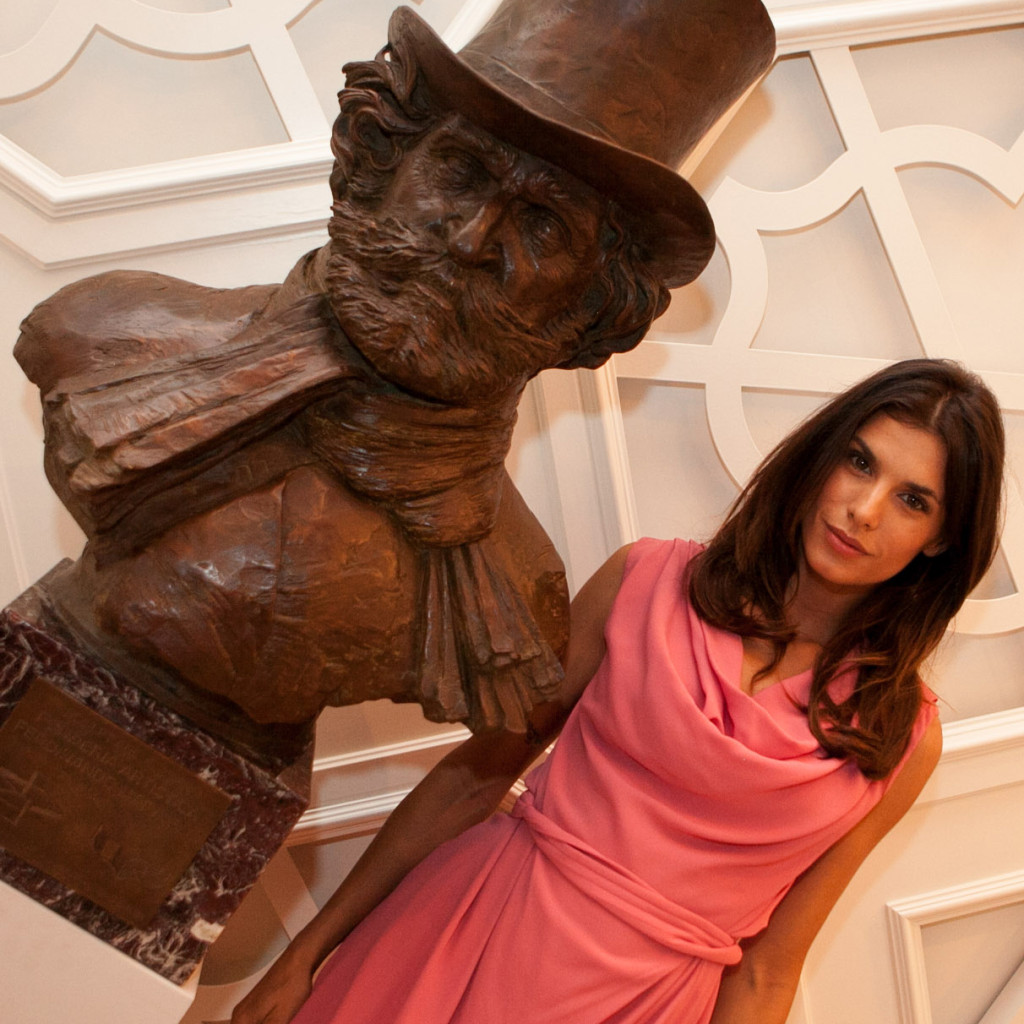