The origins of lost-wax casting (“cera persa”) date back to ancient times. Great civilizations such as Egypt, China, the Ancient Near East and Pre-Colombian America made use of it either by inheriting the technique from earlier cultures or rediscovering it on their own.

In Eastern Europe there were copper mines and foundries (copper is the primary component of bronze) as early as the 4th millennium. In Archaic Greece, even more in the Classical period, an extensive network of foundries existed as is testified by remains found near the Temple of Apollo in Athens where monumental statues were fused by lost-wax casting.

Greece bequeathed the technique to Rome where bronze working was already practiced by Etruscan sculptors, authors of such masterpieces as the Chimera d’Arezzo, the Minerva and the Aulus Metellus, known also as ‘The Orator’.

Roman castings were very popular throughout the empire however only those which represented Constantine, the signatory of the edict which permitted freedom of worship, were recast by the early Christians.

From the Bronze Age onwards, the prevailing techniques for small objects were plastic mould or sand castings. For medium to large sized statues, only the lost-wax technique was employed. Examples of such works are to be found throughout the Greco – Roman world. 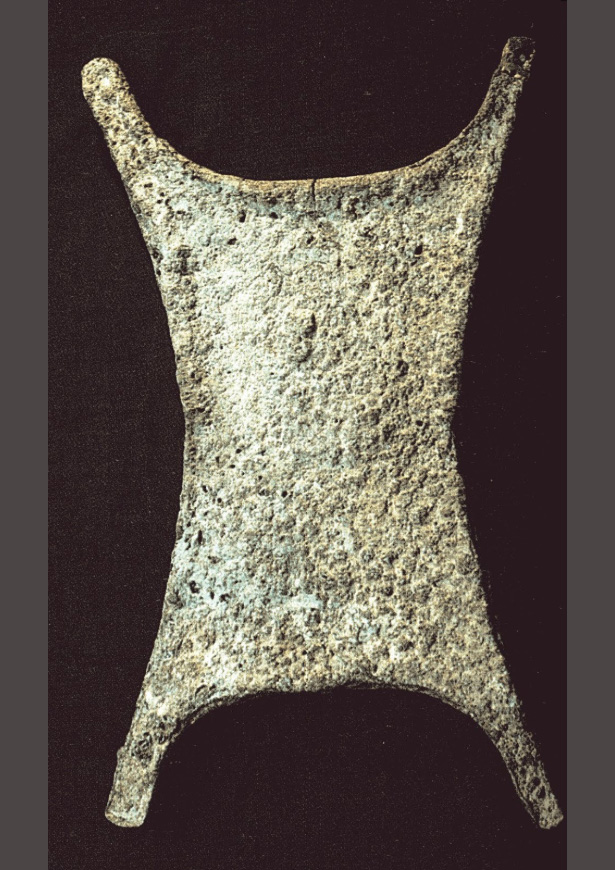 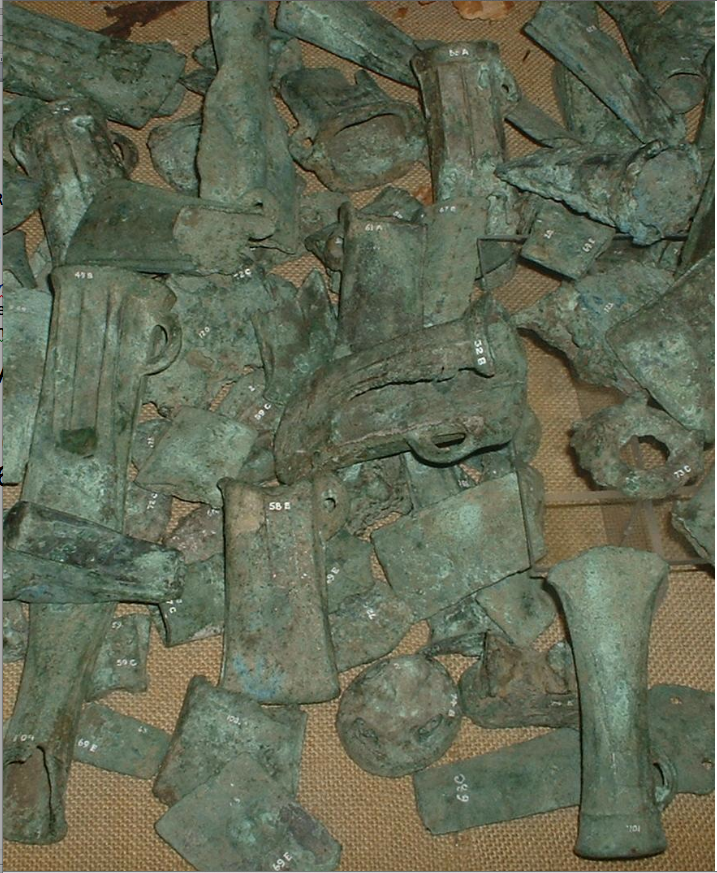 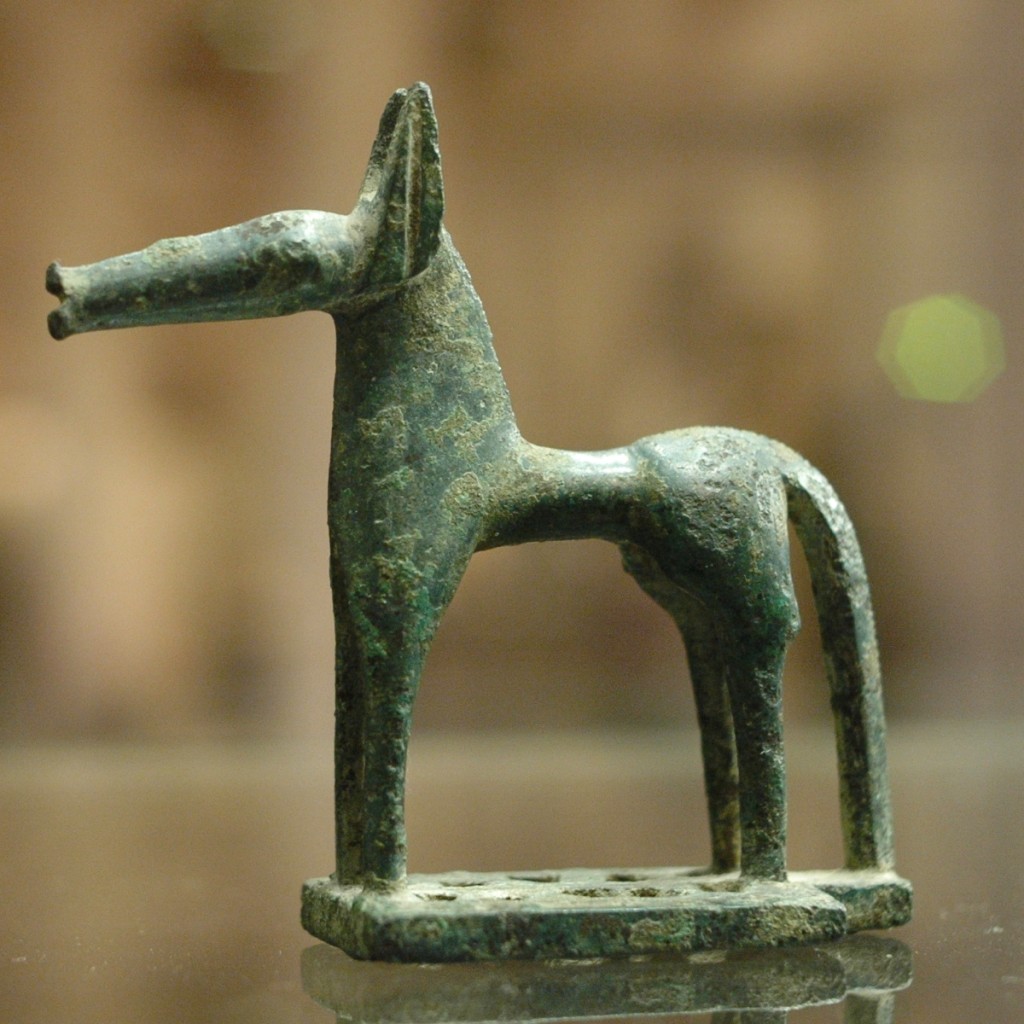 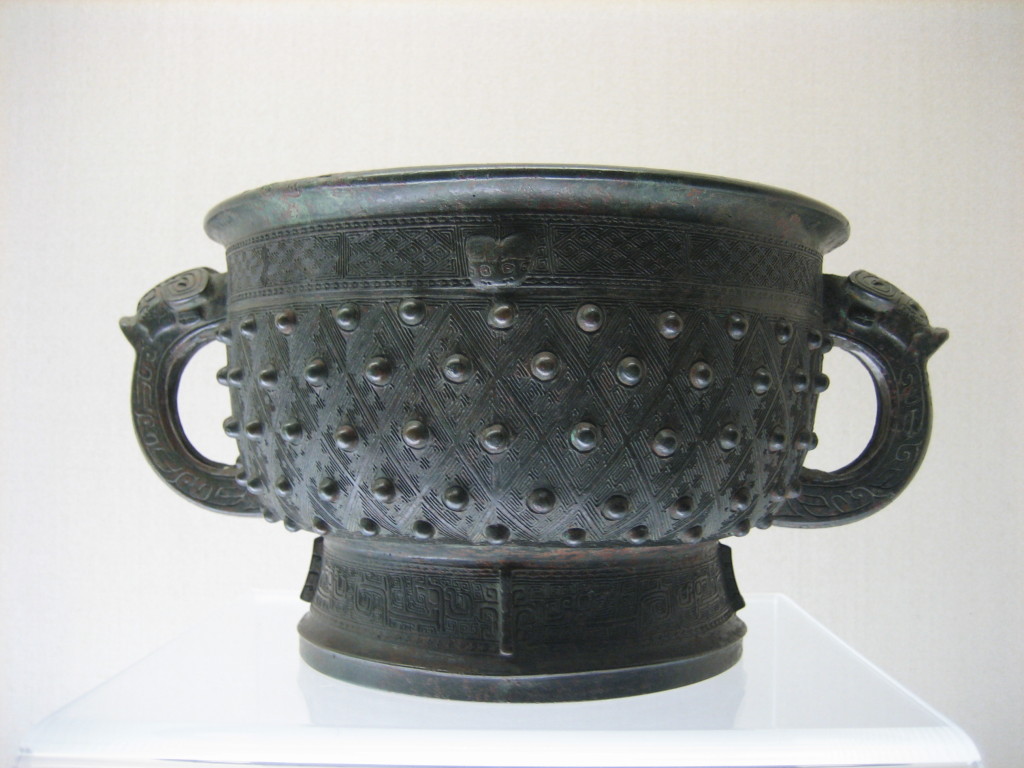 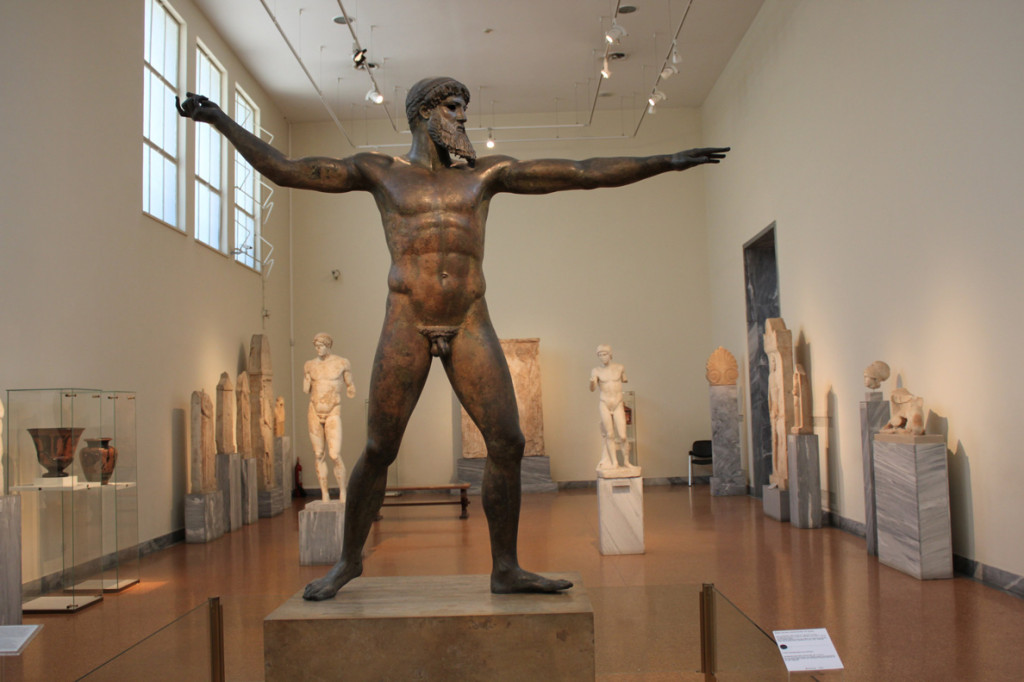 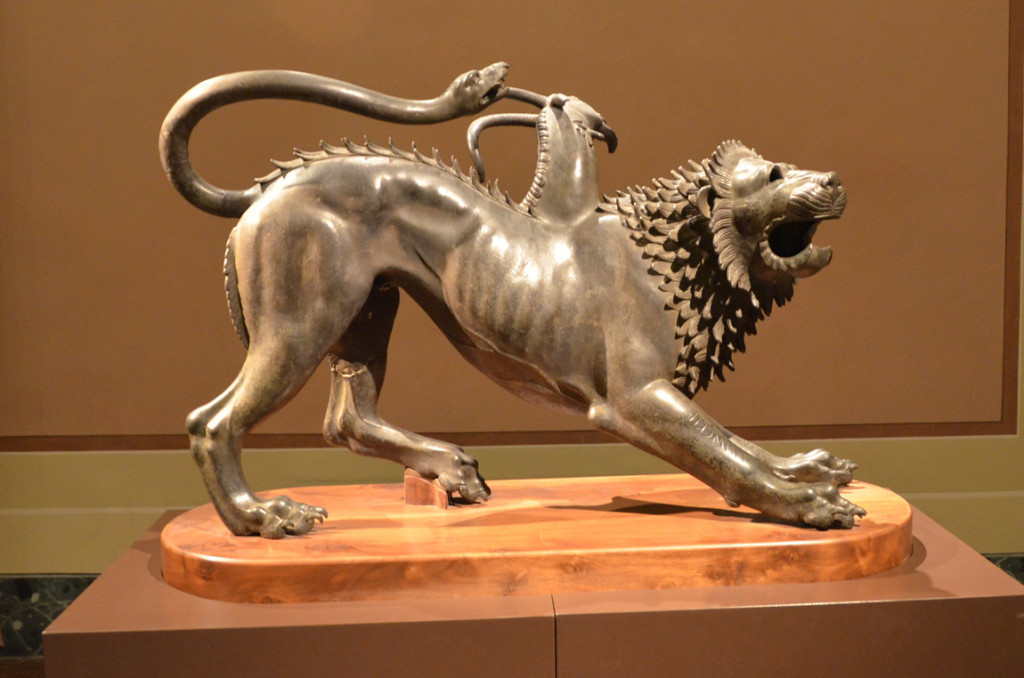 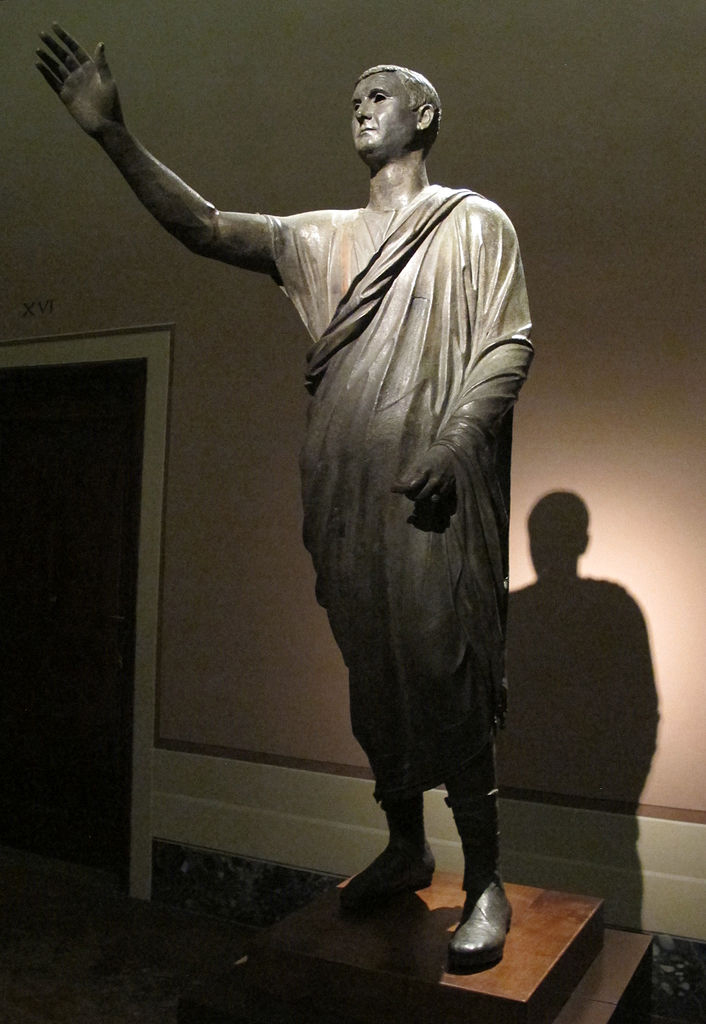 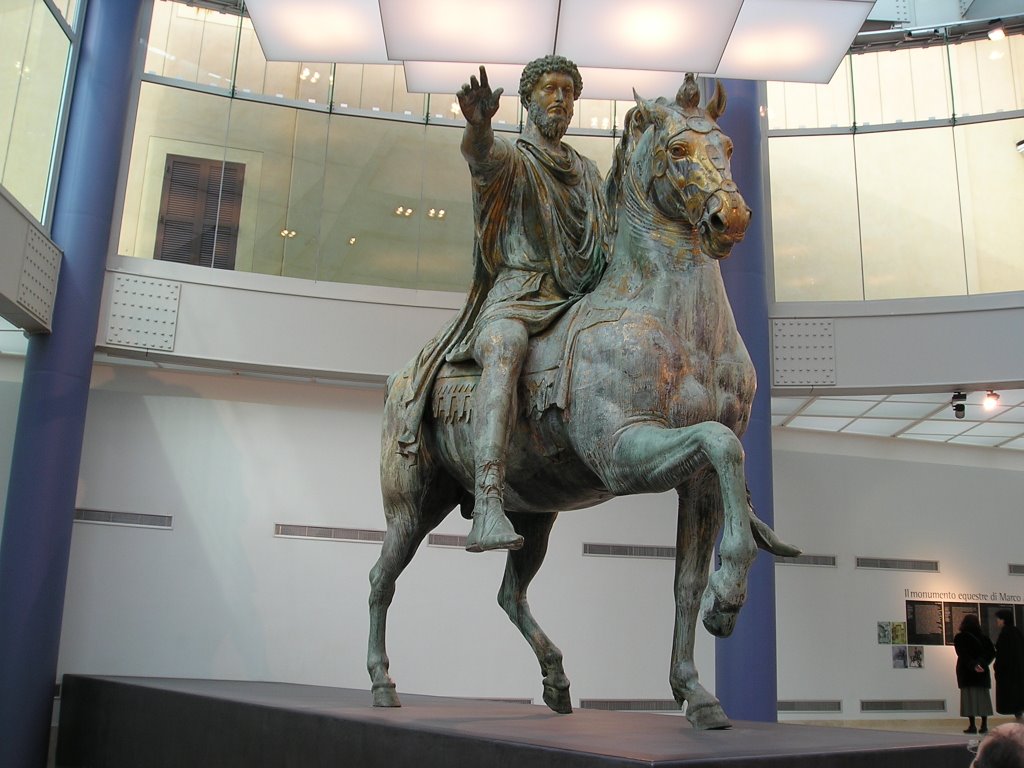 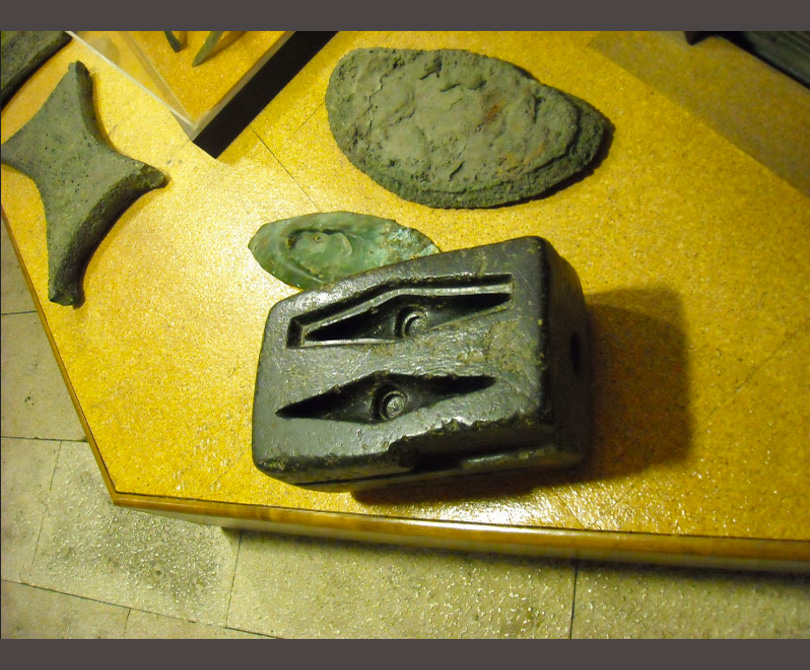 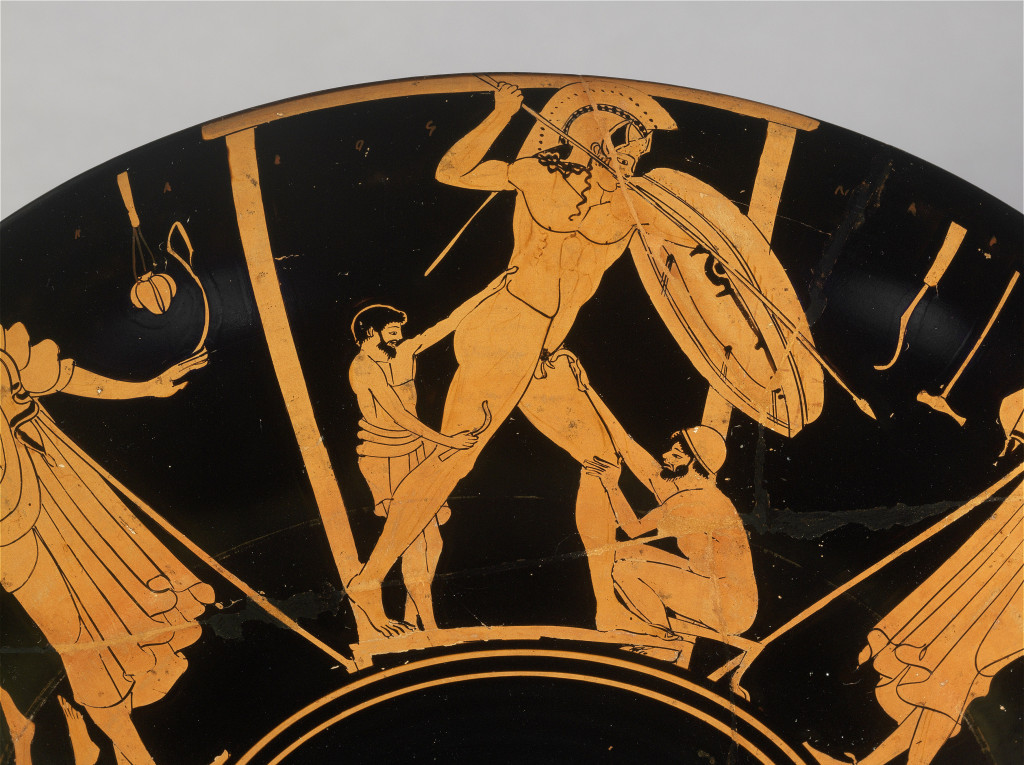 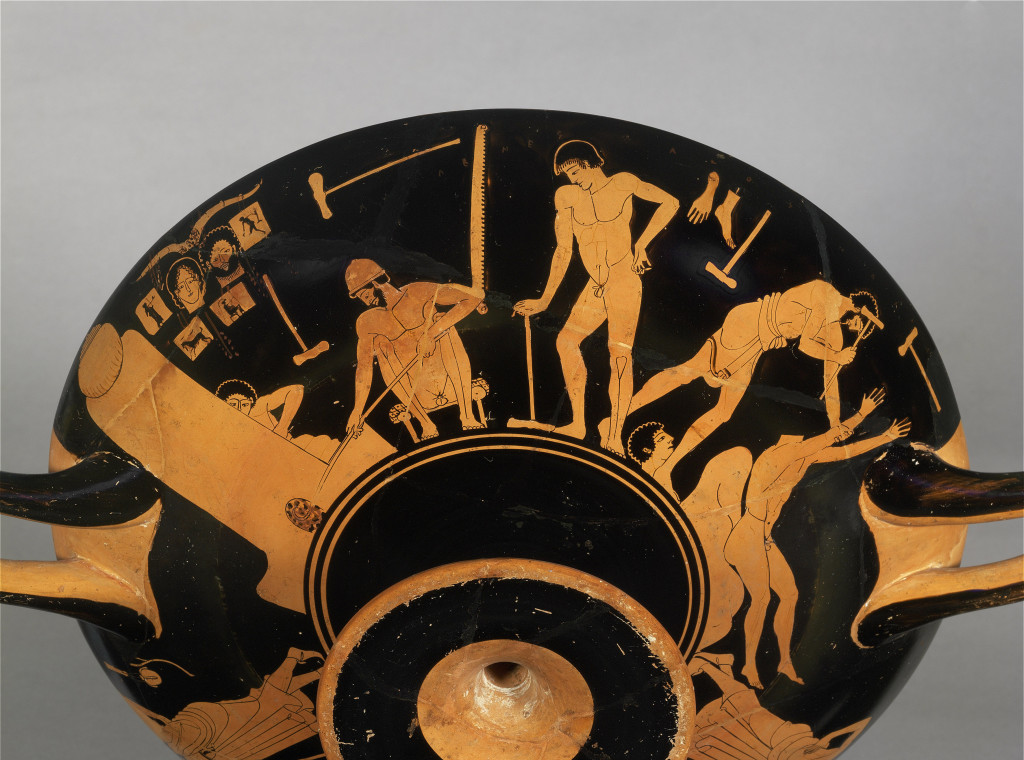 The composition of bronze alloys used in antiquity varied considerably in different eras. Prior to the 4th century BCE, alloys were made-up of copper and tin in diverse proportions. In the 4th century BCE bronze
with a lead content of up to 40% was utilized.

Teophilus in the third book of his ‘De Diversibus Artis’ of the 13th century, advocates for the use of 18.7 to 26.6% of tin for the casting of bells. In Vannoccio Biringuccio’s 16th century treatise, ‘De la Pirotecnica’, he recommends bronze with a 7.4 to 10.7% tin content in order to cast figures (“per gittare figure”).

The bronze that is currently used for artistic castings is composed of 89% copper, 9% tin and 2% other metals. 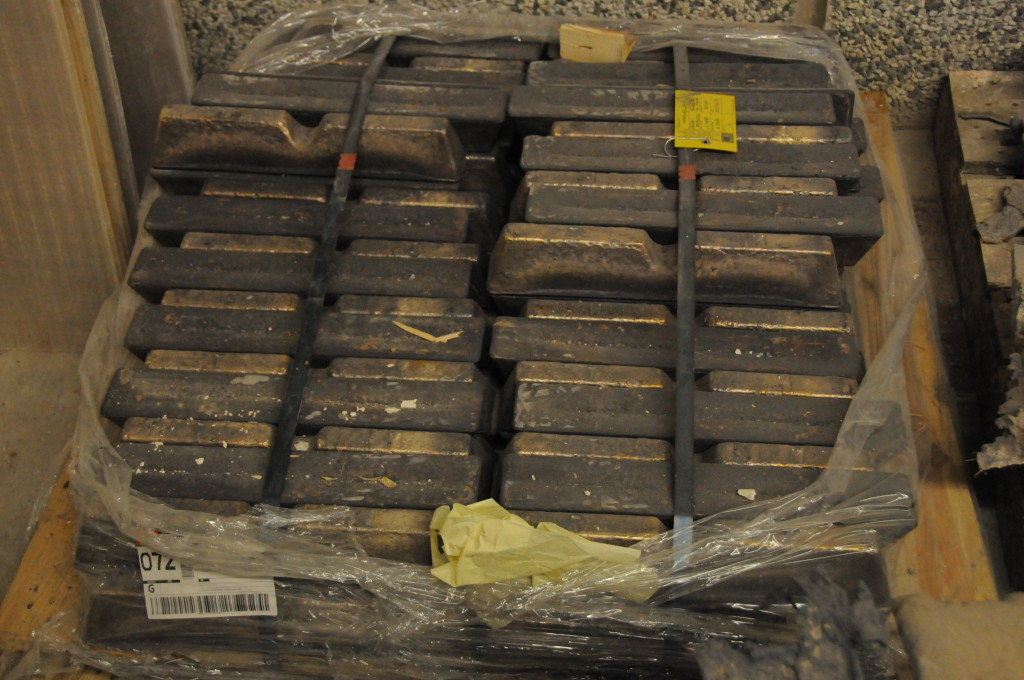 Bronze ingots with their certificates of composition

THE OBSOLESCENCE IN THE MIDDLE AGES

During the Middle Ages, the technique of lost-wax casting fell into disuse. It survived sporadically in Byzantium primarily for the execution of cathedral doors which were imported into Italy to Amalfi, Montecassino, Rome, Monte Sant’Angelo, Atrani, Salerno, Venice, and Canossa among other centers.
During this period in Italy, bronze works were made under the supervision of Byzantine workers.
The technique completely disappeared in the western territories of what had once been the Roman Empire. 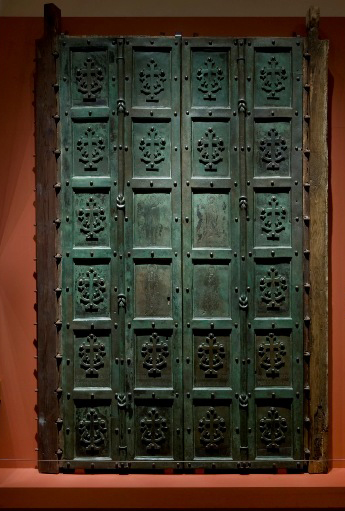 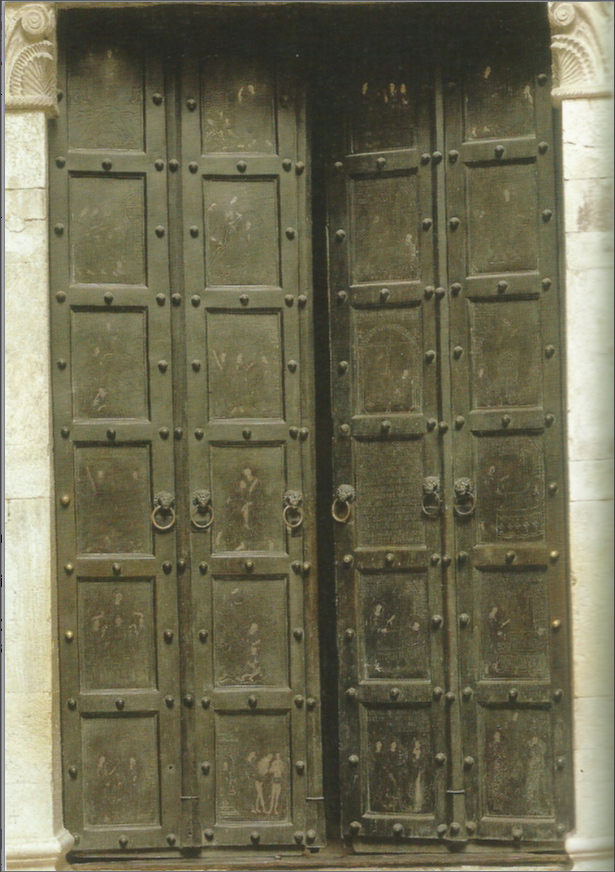 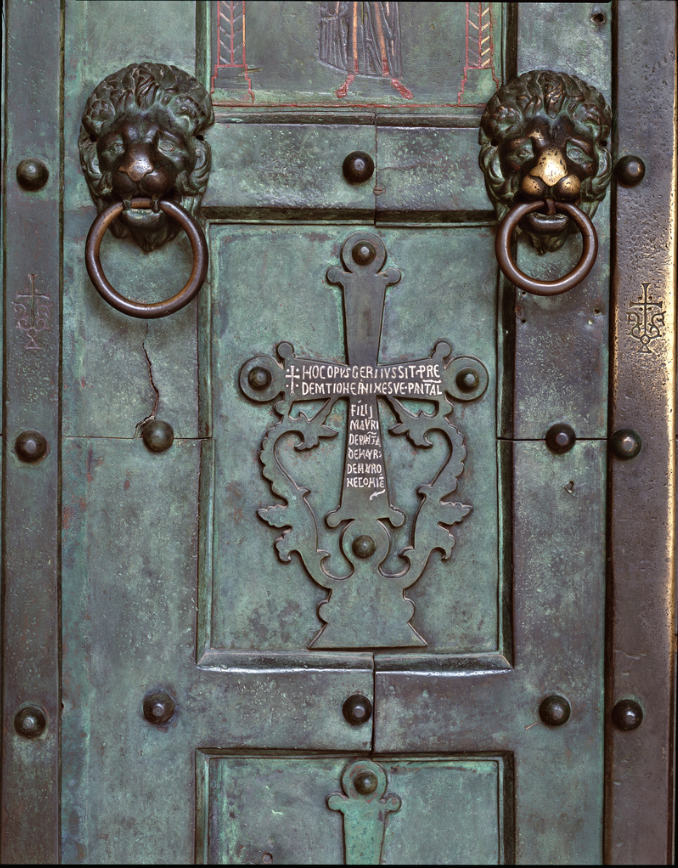 THE SPLENDOUR OF THE RENAISSANCE

The second great era of lost-was bronze casting is undoubtedly the Italian Renaissance. There is literally a rebirth of this technique as the Florentine maestros of the early 15th century, beginning with Michelozzo, became proficient in its methods. Nevertheless, it remained a difficult technique; so much so that Cellini in his autobiography boasted about his ‘epic heroism’ when casting the statue of Perseus.

Treatises such as Birunguccio’s ‘De la Pirotecnica’ in 1550 and ‘De Re Metallica’ by Georgius Agricola in 1530 appeared which muddled bronze casting with experiments in alchemy. Pomponius Gauricus in his
‘De Sculptura’ of 1504 connected the technique to the study of sculptural proportions. Leonardo da Vinci, during the period 1482 to 1493, designed a seven meter high equestrian monument planned to be cast in bronze and dedicated to Francesco Sforza. This extraordinary work sadly was never executed.

The clay used to mould the wax in which the bronze would eventually be poured was found nearby. Beginning with Giambologna, circa 1550, clay was replaced by mud, a more flexible and porous substance containing minced brick and other organic elements thereby rendering it more pliable than clay. This is what we continue to use today in our foundry.

On many Renaissance bronze works, one can see the difficulties that challenged the casters and at times observe as well their mistakes. For example in three of the ten ‘Doors of Paradise’ panels by Ghiberti, one is able to note the gaps and holes which were closed with later bronzing. 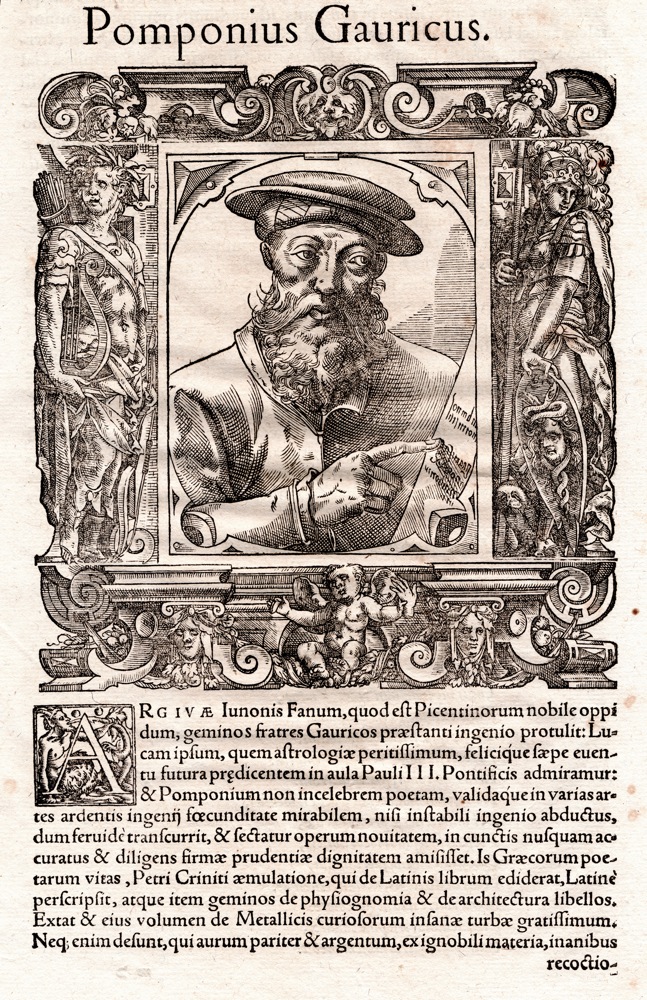 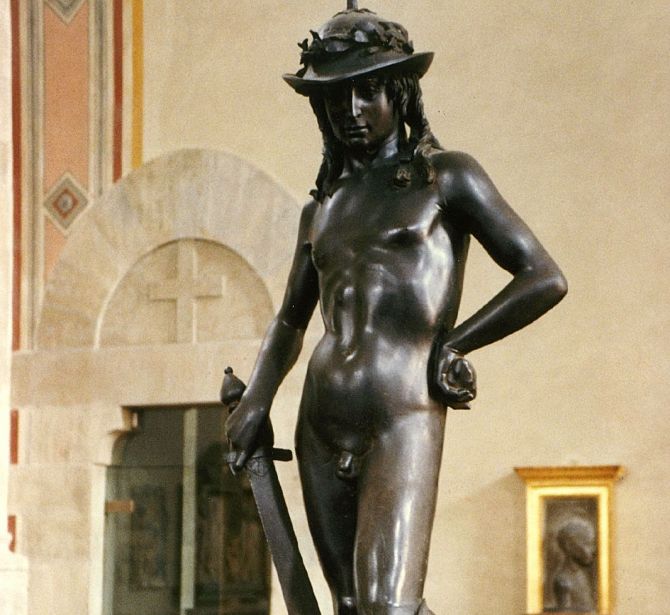 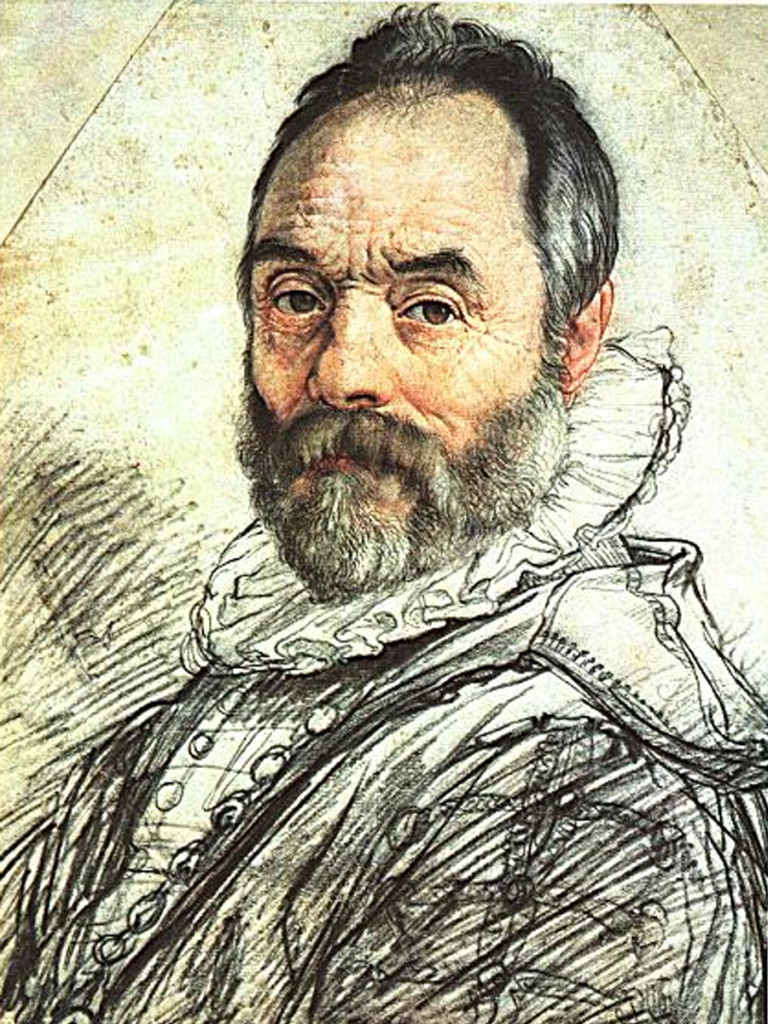 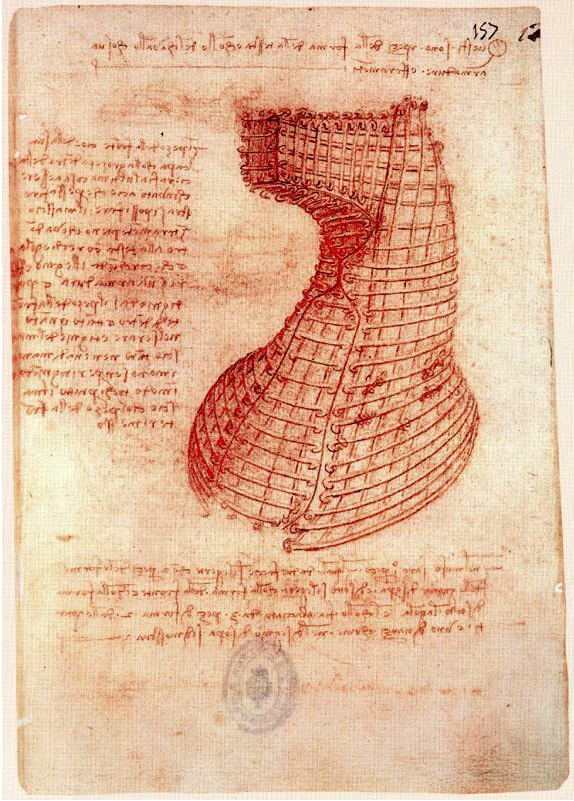 Drawing for the casting of a horse, Leonardo da Vinci 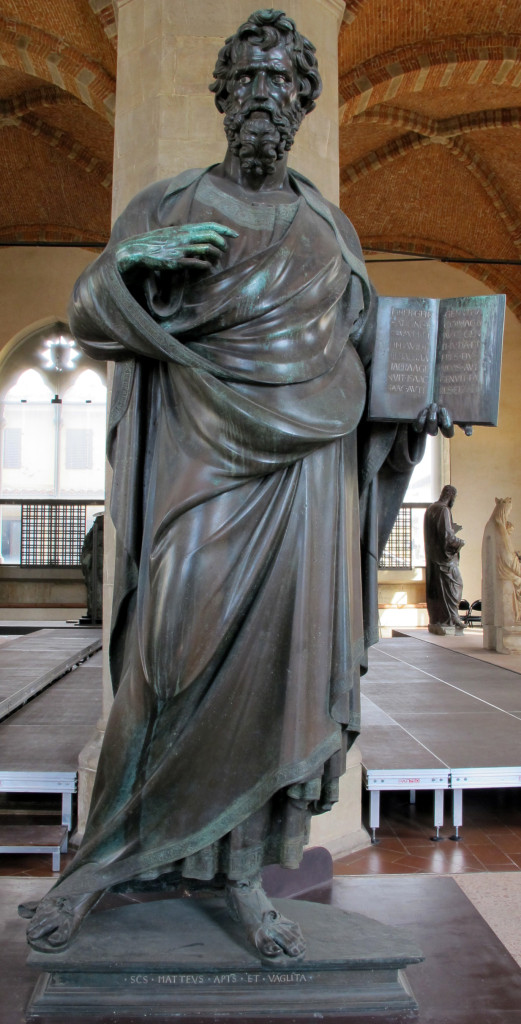 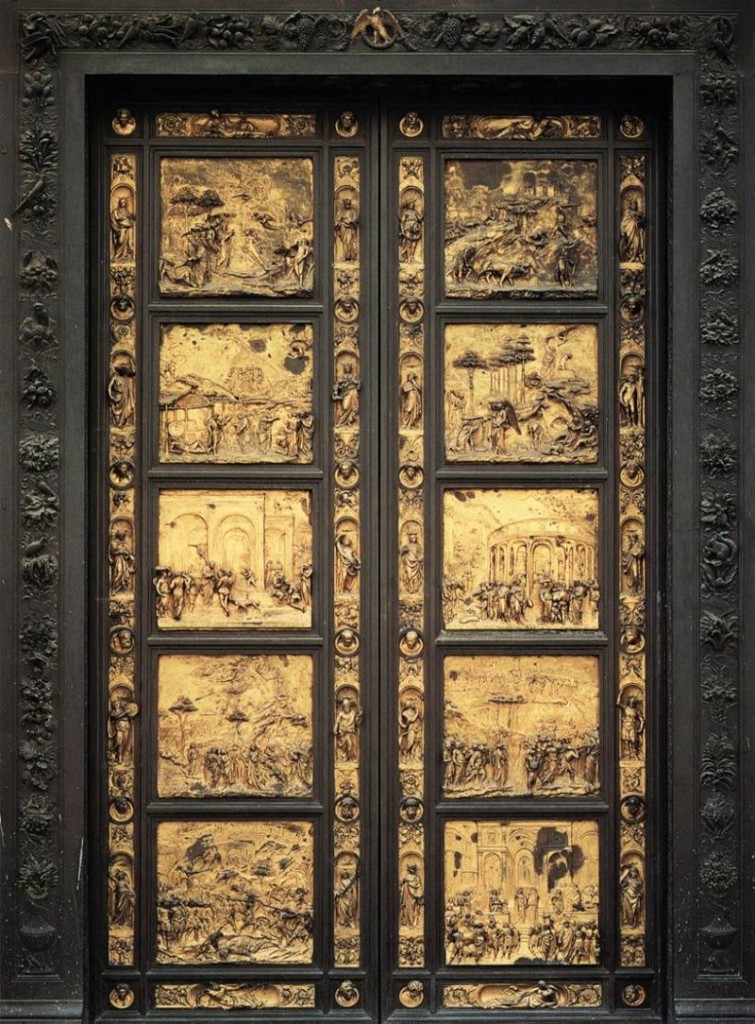 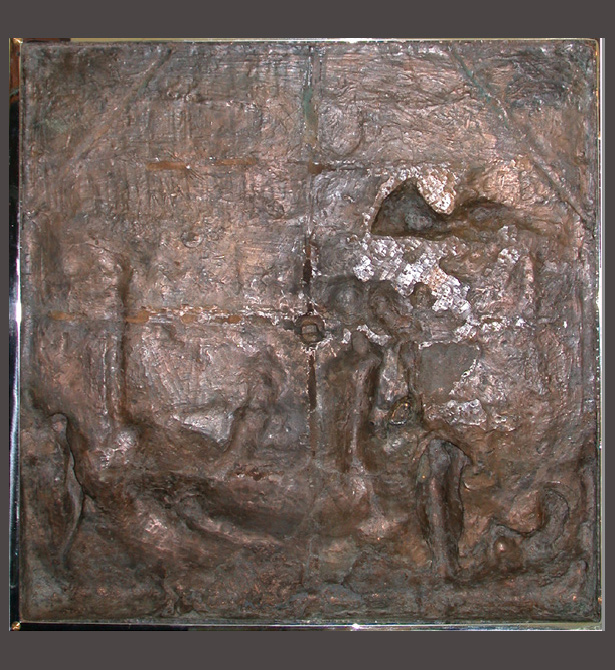 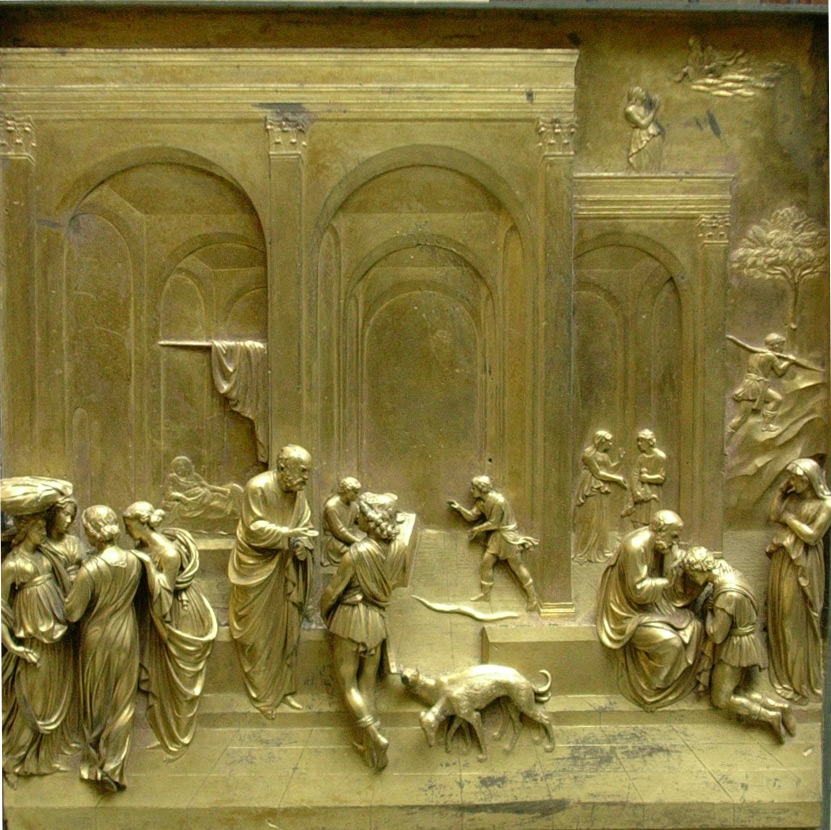 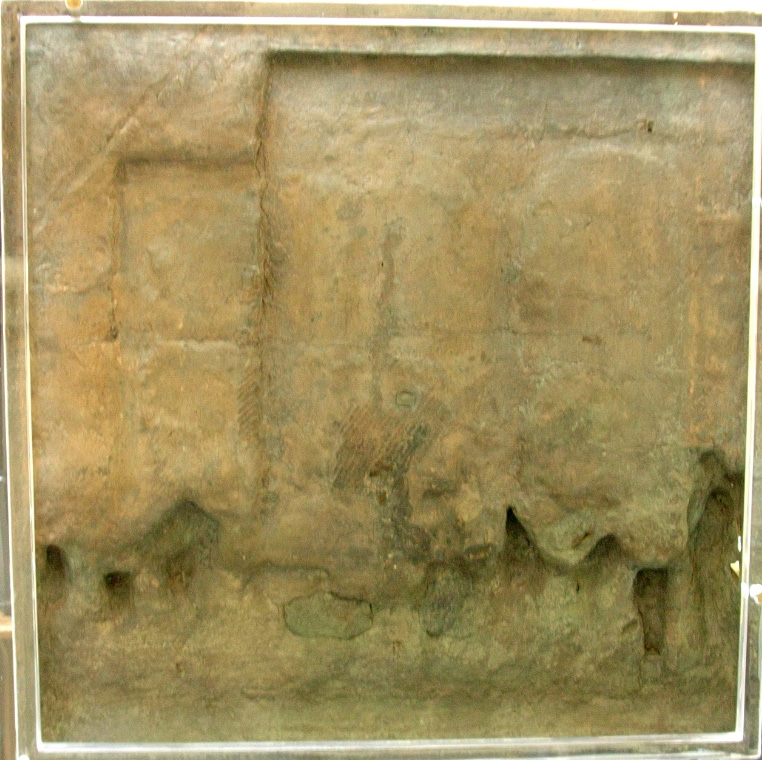 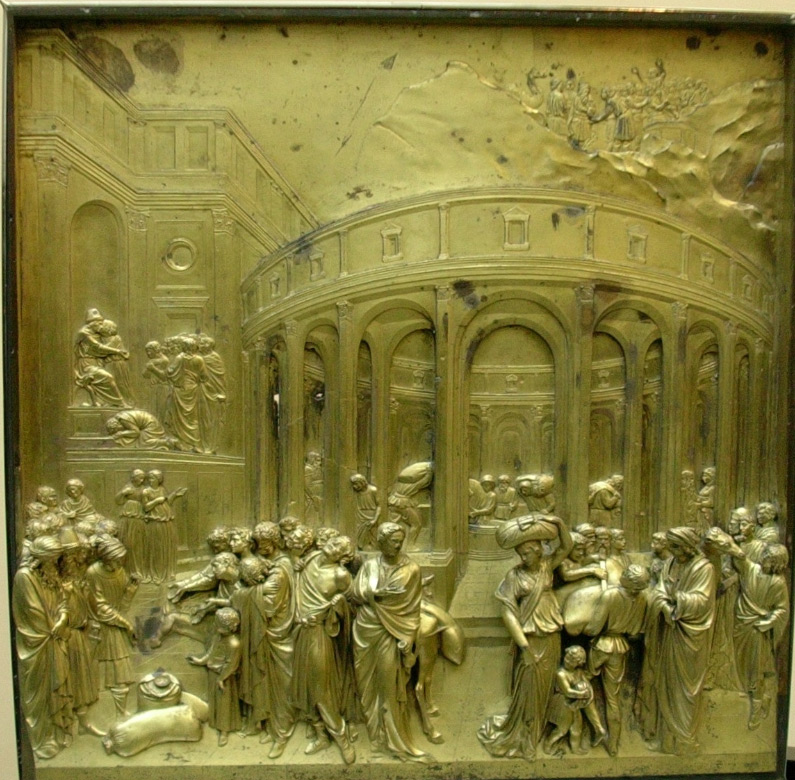 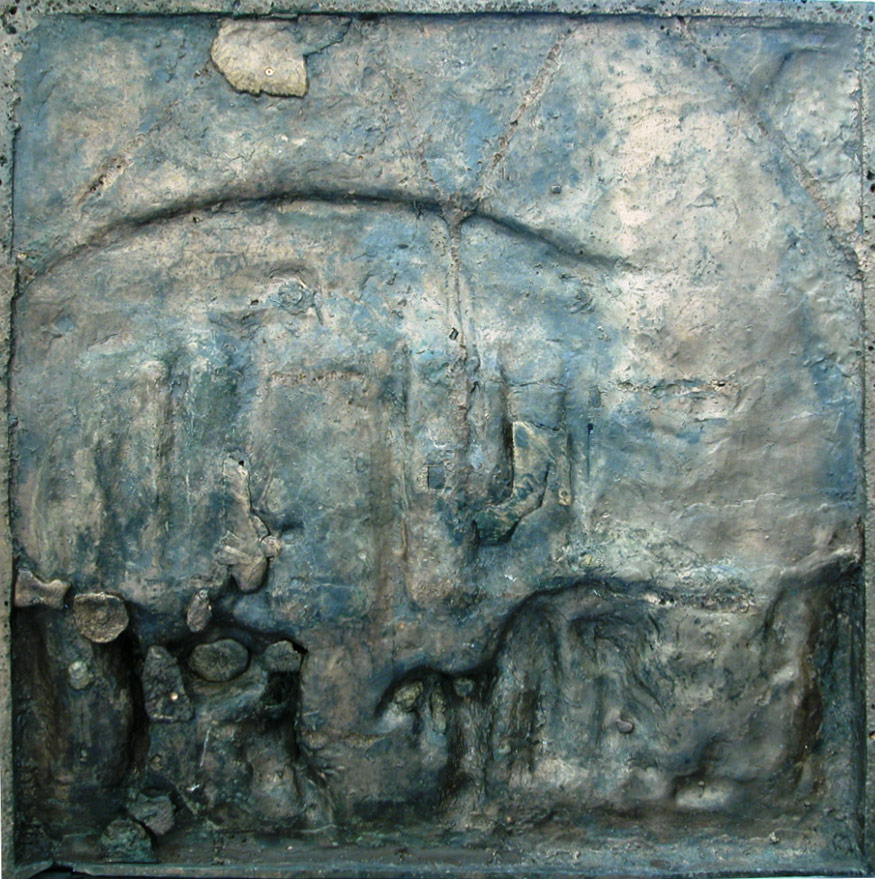