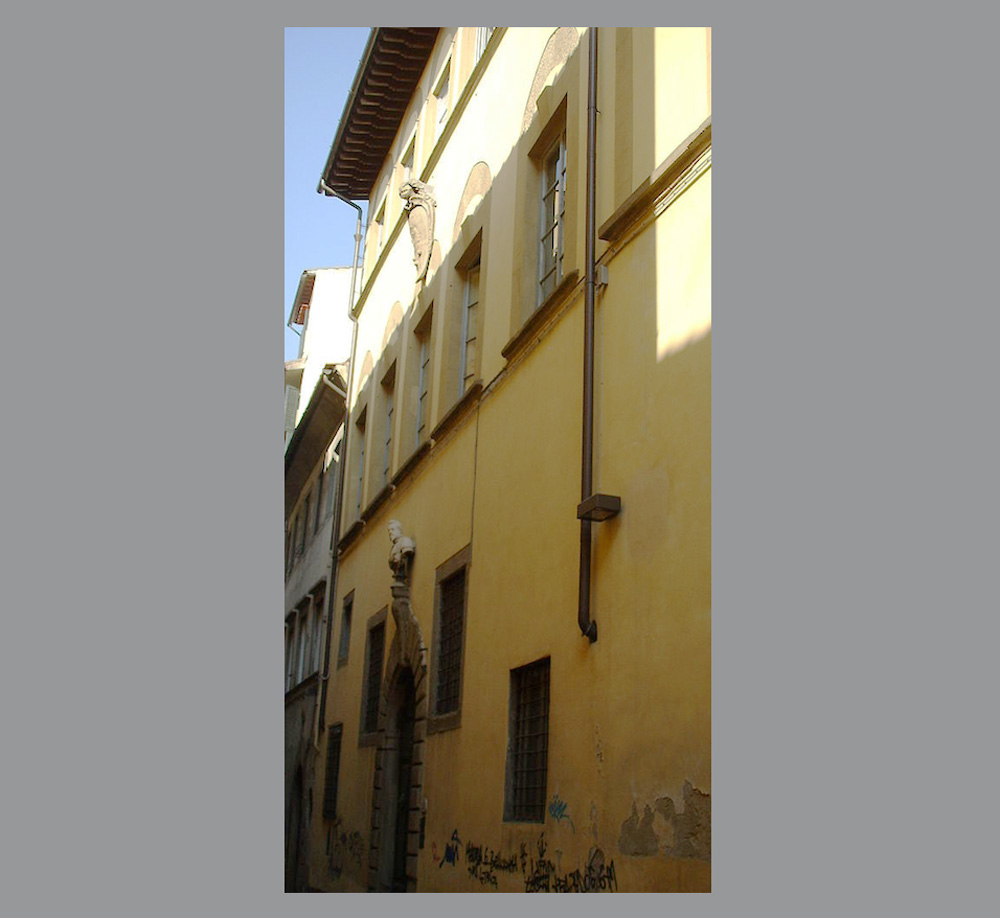 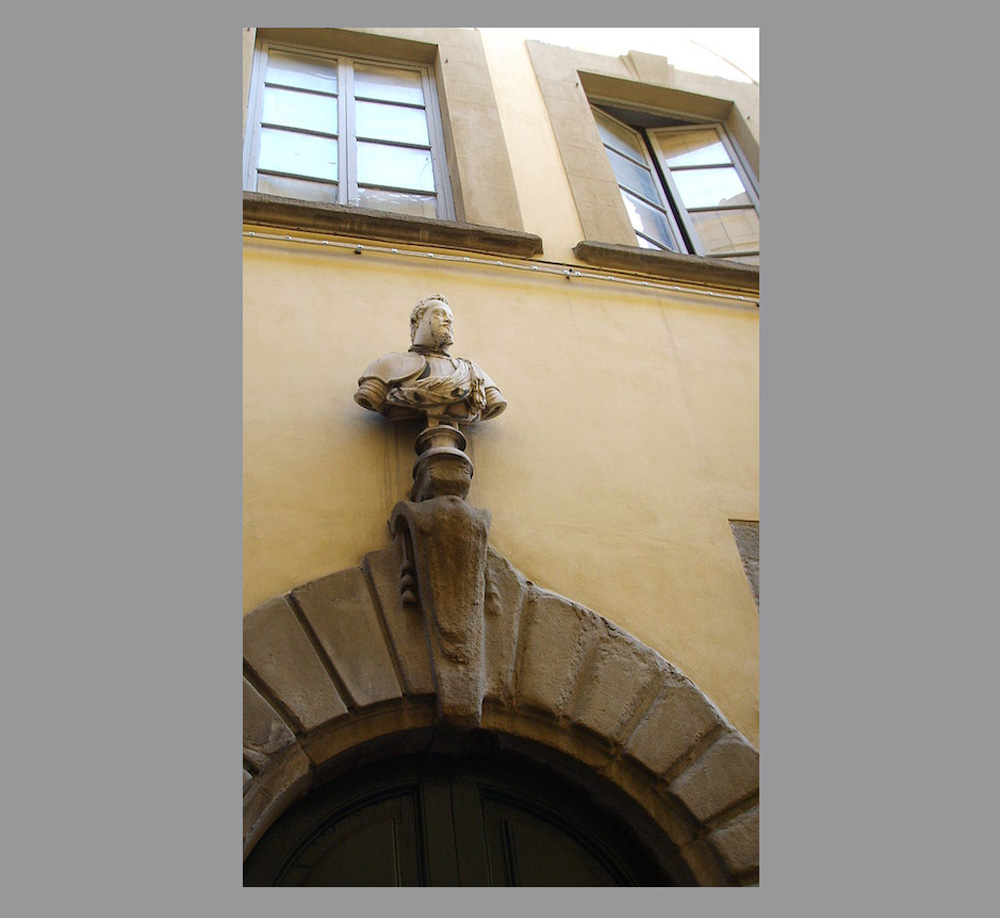 The bust of Ferdinando De 'Medici above the main door 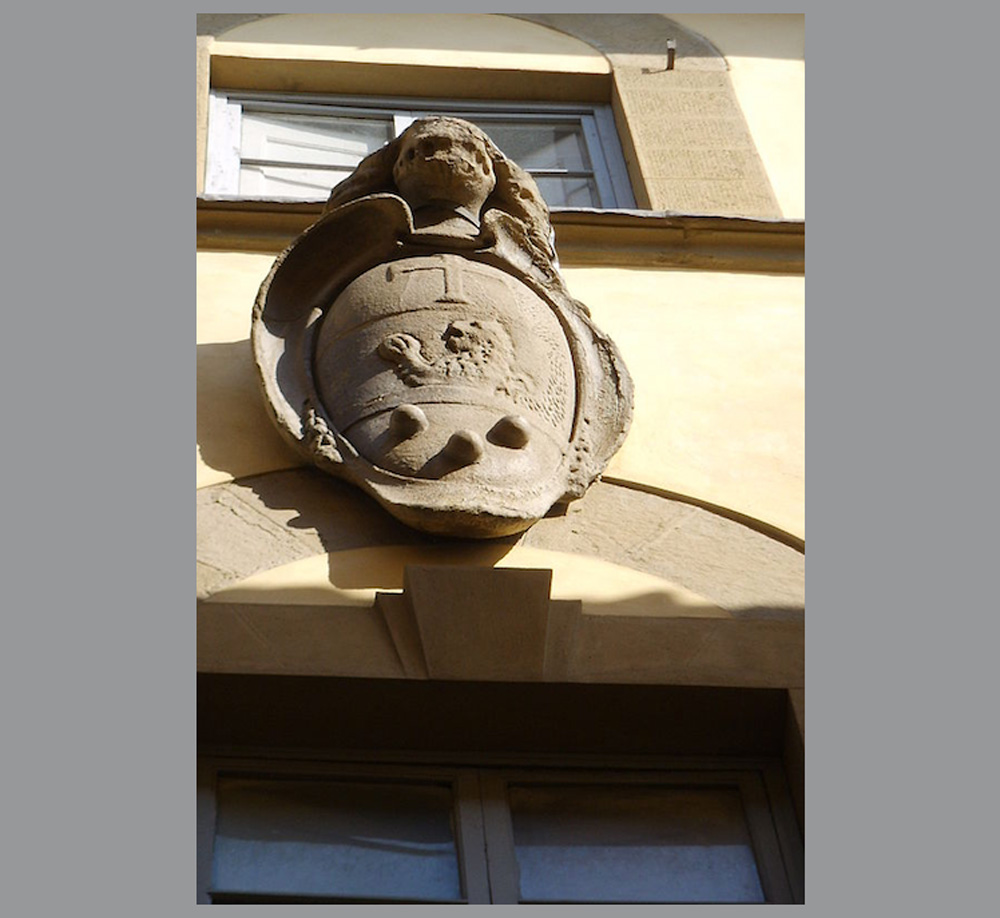 Giambologna's coat of arms on the facade

With the last Grand Duke Leopold II the art of lost-wax bronze casting passed from master to apprentice in the foundry of Clemente Papi. The Papi also began to sculpt together with Niccolò Bazzanti, who opened his marble sculpture studio in 1822 in Lungarno Corsini, which later became, in 1960, the Bazzanti Gallery owned by the Marinelli family. In 1830 the Papi foundry, continuing to use the knowledge and techniques handed down from the foundry by Giambologna, the two Tacca and Foggini, became famous.

So that the tradition and knowledge of the sixteenth-seventeenth-eighteenth centuries were not lost, in 1838 the Grand Duke had a larger foundry built for the Popes inside the convent of San Marco. In 1858 the Grand Duke wanted to have a bronze copy of Michelangelo’s David made (placed by the newborn Italian Government, after various vicissitudes, in Piazzale Michelangelo), and the Papi foundry was moved once again to new and larger premises in via Cavour 79, near the Porta San Gallo. At the death of the Popes in 1875, the foundry was carried on by two of his artisans, Ludovico and Pietro Galli, who had worked with him since the 1830s and who kept it open until the early decades of the twentieth century. The knowledge and dexterity of the Papi-Galli foundry workers passed to the Vignali foundry (Gusmano Vignali had worked in the Galli foundry), where in 1900 Ferdinando Marinelli Sr., very young, learned the lost wax technique.