“LIGHTS, CAMERA, ACTION” IN THE FOUNDRY

The director Cinzia TH Torrini has filmed a documentary at the Fonderia Marinelli and, for the first time, the Fonderia became a movie set.

The magic of cinema and the fascination of bronze casting met on the set. The sculptors and artisans from the Fonderia were the actors of Torrini’s film.

The director with great care placed his cameras in the Fonderia with the intent of capturing the craftsmanship therein and put everyone at ease by creating an atmosphere of spontaneity.

‘Discovery’ is the film’s true protagonist; professionals with their cameras and lights made actors of artisans and illuminated the complexities of the ancient art of lost-wax casting used by the Greeks, Etruscans, and Romans and through the Renaissance, in our own time.

Ferdinando Marinelli was interviewed by the director of ‘Giocare d’Azzardo’, Elisa di Rivombrosa’, ‘Certosa di Parma’ as well as other well known films. At the end of the shoot, he was thanked for his welcome and hospitality. 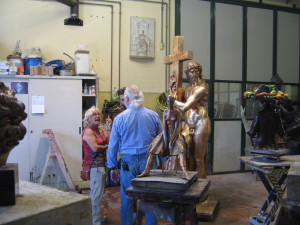 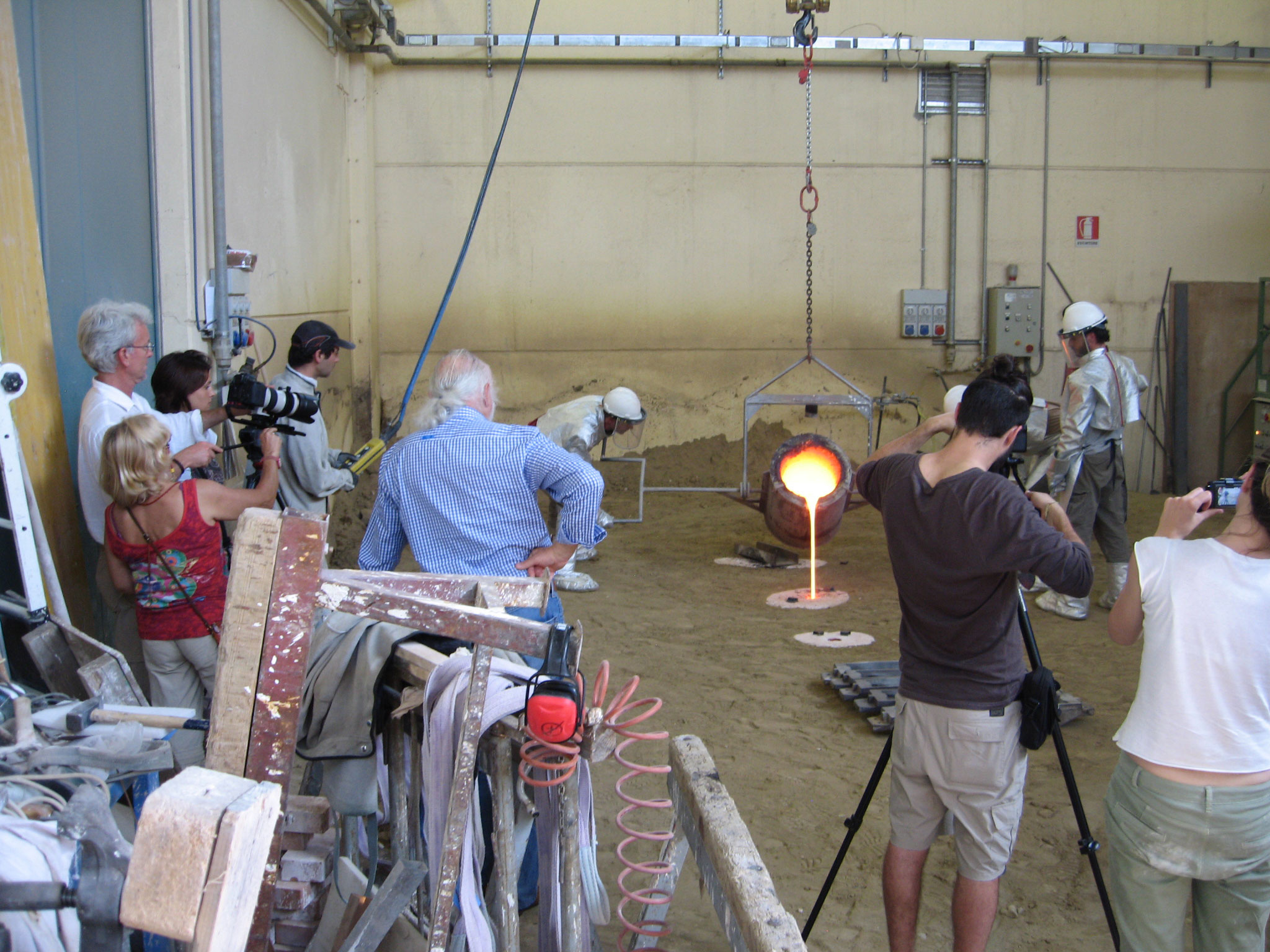